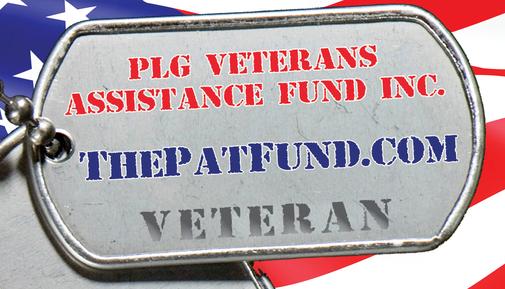 Patrick (“Pat”) L. Gualtieri served in the U.S. Army (1966-68); Vietnam veteran (in country 1967-68 during TET Offensive). He was a champion in the veteran’s community and beyond, working tirelessly with organizations to produce numerous events that honor service. The most notable, flagship event was the NYC Veterans Day Parade - 'America's Parade' - the largest of its kind in the nation - produced by the United War Veterans Council where Pat filled the post of Executive Director for approximately 15 years. His vision, passion, purpose and drive were legendary and inspirational. Pat's dedicated efforts helped elevate the Parade to unprecedented new heights and visibility, expanding group participation, televised broadcast, sponsorship, volunteers and spectators along New York City's iconic 5th Ave. Parade route.

Welcome to the PLG Veterans Assistance Fund Inc., (aka ThePatFund); a 501(c)3 nonprofit organization, in memory of Patrick L. Gualtieri; US Army/Vietnam vet.

Patrick ("Pat") was a uniquely talented individual with many accomplishments and life experiences. He was a 'tour de force' with a larger-than-life personality that served him well. His passing (July 21, 2015) is a great personal loss to his friends and family as well as the community at large. Pat touched the lives of so many people, leaving an indelible mark and 'living legacy' for future generations. People often sought him out; befriended him; enlisted his help and guidance; he gladly accommodated. On a personal note, Pat was a loving father, grandfather, brother/brother-in-law, uncle, cousin, friend, mentor and life partner who was loved deeply, far and wide. He was warm and friendly, always greeting people with his broad smile and big hello. A proud veteran, Pat had a strong affinity for his veterans' brotherhood.

Pat had a natural talent for singing – a great voice! He proudly recalls when he was told years ago that he had perfect pitch (he did)... he loved music and karaoke. One year I entered him as a contestant in a local production of ‘Senior Idol’ and he initially agreed, swept up in my enthusiasm; even selected a special song. Later, he opted not to compete feeling uncharacteristically embarrassed (think he would’ve won at best or come in top 3 at worst; he really was that good)!

Pat was part actor; an animated character, with eyes brightly shining and full-of-life. His playful spirit, strong presence and love of mankind endeared him to all he encountered - a large and ever-growing network of friends, family, colleagues, business associates, dignitaries, public officials, military/veterans, community leaders and beyond! But make no mistake, he was also fierce, protective and alert of any threat or danger. He abhorred inertia and would push to motivate others. He spoke his mind. Always maintaining a positive stance, he didn’t care for ‘no’; insist you find a way to do 'it', whatever 'it' was!

Pat was driven by purpose and passion, and took great pride in world class event production! Very skilled, he knew the intricacies and 'moving parts' scripting all; laying out detailed 'Battle Plans'. His generosity of 'helping others' was ever present, so upon his passing, the scholarship fund was conceived as a means to continue Pat's 'living legacy' for future generations. A beautiful, poignant memorial service was held with incredible tributes and testimonies from the community; the Mayor of NYC ordered flags remain at half-mast in Patrick's honor; a rare and special recognition. At the 2015 Veterans Day Parade, Pat was acknowledged for his 15+ years of dedicated service to our veterans’ community. He will forever be missed but always remembered and honored in our hearts. 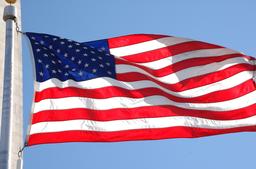